Home CRYPTO NEWS The Kick Ecosystem Could Become One of the Largest Cryptocurrency Ecosystems in...


The cryptocurrency market is constantly evolving and laying down new rules as it develops. Five years ago, cryptocurrency exchanges could exist independently and develop as a separate structure. Today, however, single companies are being replaced by entire ecosystems capable of offering a whole range of services to the client, a one-stop service: from buying and selling cryptocurrency, to credits, loans, investments, and much more. One of the most promising cryptocurrency ecosystems may just be the Kick Ecosystem. In its first year of operation, the company has grown several times over, launched its own token and semi-stablecoin, and continues to actively scale across Europe, the Pacific-Atlantic region, and the Near and Middle East. What unique opportunities does the Kick Ecosystem offer its customers?

The Kick Ecosystem is a full-fledged cryptocurrency ecostructure that helps both newcomers and crypto-professionals earn a stable income from transactions involving digital coins. The Kick Ecosystem includes several basic modules:

The entire ecosystem is built to meet the needs of five major customer categories. 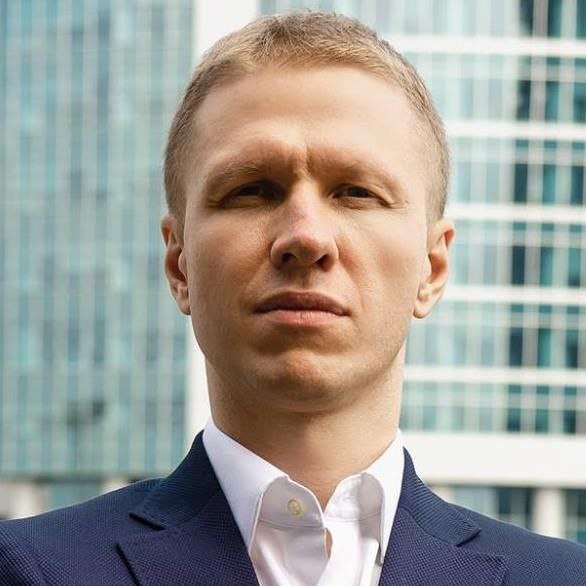 “Today, our ecosystem’s clients consist of experienced traders and fresh newcomers, investors and long-term asset holders. We have developed several core products designed for each of these audiences, allowing all of them to earn a stable income based on their knowledge, skills, and experience,” says Anti Danilevski, founder and CEO of the Kick Ecosystem.

How Kick Ecosystem users can make an income today:

Speaking of which, the Kick Ecosystem has just recently overhauled the functionality of the KickICO fundraising platform and introduced a new form of cryptocurrency investment that helps protect investor interests and form a fair market price for startup project tokens.

The ICO boom that occurred in 2017-2018 revealed some of the key problems involving cryptocurrency investing, namely the abundance of scam projects on the market and the unreasonable overpricing of tokens, which ultimately led to serious losses of funds on the part of investors. According to Xangle’s research, investors lost about $16 million since 2012 just due to the actions of fraudsters. For this reason, the developers of the Kick Ecosystem created a completely new type of crowdfunding AIO (Auction based Initial Offering).

Unlike ICOs, IEOs, IDOs and other forms of fundraising, the price of a token for sale is not fixed, but is formed by the users themselves during an auction. The greater the demand for a token, the higher its price, and vice versa. Companies have no direct influence on the token price, which makes pre-selling a token at a 50-80% discount pointless. The token price is thus formed by the market itself, by users bidding, given the importance and relevance of the products offered by the company, rather than the creators declaring their own token price, which crashes once it enters the secondary market by those who received early allotments at huge discounts.

Even today, several AIO campaigns are being launched on the KickICO site, including the KUSD campaign, which was initiated by Kick Ecosystem developers.

KICK v8 is an updated KickEX platform token that removes the ability to issue new tokens in its smart contract. The developers have also added automatic token burning that occurs after each transaction and distribution of a portion of transferred tokens to all KICK token holders (POS, Proof-of-Stake algorithm). This means that KICK token holders will get a percentage of each KICK v8 token transaction made on the blockchain according to the share of tokens that they own. This brings the long-awaited staking process to the KICK token.

“We have decided to burn and liquidate 95% of all current KICK tokens, frozen or not. In mid-July, ‘test’ tokens and tokens that were received by the KickEX exchange as payment for a portion of the trading fees will be burned. While replacing the current token with KICK v8, those addresses that previously received FrozenDrop will not be transferred to the new token contract and will remain “overboard”. Thus, the current total token supply, 2,121,771,003,231 (2.1 trillion), will get reduced to just 15 billion, which takes the amount of tokens destroyed from 95% to more than 99.93%,” explained Kick Ecosystem founder and CEO Anti Danilevski. “I also believe that it is very important that the new KICK v8 smart token contract does not have a token issuance method. This means that no new KICK tokens will appear after the swap and that the maximum supply is limited. KICK token holders won’t have to worry about their share being diluted or new KICK tokens suddenly appearing in circulation, and their shares, as a percentage, will begin to unavoidably and continuously grow from the time of the swap. Combined, these changes make the KICK token a hyper-deflationary defi token,” says Anti Danilevski.

Unlike already-existing deflationary coins on the market (Safemoon, SHIB, Kishu and many others), where the number of tokens is in the quadrillions and will take years or even decades to burn, the new KICK v8 token will have an issue of only 1.5 billion after contract renewal, which is thousands of times and in some cases even tens of thousands of times lower than that of competitors. Because of this, if the KICK v8 token is actively used, 20% to 40% of the total issuance could be burned in a year. If the demand for KICK v8 increases significantly as a result of transitioning to the deflationary model, we can expect an increase in the number of transactions, and the percentage of tokens burned in a year can even exceed 50-60%.

In order to accelerate the deflationary model, 850 billion surplus KICK tokens will be burned before the token contract is renewed. The 1.2 trillion frozen tokens will not be transferred to the new contract, and thus will also be destroyed. Furthermore, the swapping of the old KICK token for the new KICK v8 will be done at a ratio of 100:1, which will reduce the number of remaining tokens in circulation to just a billion and a half.

KUSD is a new kind of cryptocurrency, which corresponds in nature to an exchange token, but has the characteristics of fiat currency. The semi-stable token can be used both as a means of payment within the ecosystem and as an investment instrument. One of the most important properties of the KUSD token is yield farming: holders of this token will participate in the distribution of absolutely all coins and tokens that will be available for staking on the KickEX exchange and in mobile applications. For example, if token A distributes 1,000 coins each month to its holders on the KickEX exchange, between 10% and 50% will be distributed to KUSD token holders. KUSD holders will not need to hold dozens of different tokens, but just own KUSD and hold them on the KickEX exchange.

“Super apps” are trending in Asia, specifically in China, where one app can solve all of your problems at once. A striking example of a super app is Grab, where you can order a cab, courier, takeout, buy groceries, movie tickets, play the lottery in some countries, get points for your activity, get certificates for certain events, book a table at a restaurant, and even book a hotel room. In the world of cryptocurrency, these kinds of applications don’t exist, but the Kick Superapp is being developed with this very aim – to be a one-stop shop for cryptocurrency.

The starting functionality of the application is a wallet, a trading terminal, the ability to buy cryptocurrency by card, and fast conversion. This is a basic set of functions which won’t shock anyone at this point in time, but in the near future, the KickRef built-in referral system will be added along with staking, thematic news, a messenger, deposits and withdrawals through bank transfers, and the ability to withdraw dollars, euros, rubles, pounds, and other currencies onto bank cards. The next stage will be the implementation of an in-house payment system and a plastic card for paying with cryptocurrency in offline outlets, like a regular bank card. Further development of the Kick Superapp is kept secret, but we can already confidently say that the Kick Superapp will have more functions and features than all the current cryptocurrency apps combined.

As is expected, both KICK v8 and KUSD will also be actively used as the main means of payment on the Kick Mobile Superapp

We can now conclusively assert that the Kick Ecosystem, when considering all the above-mentioned products, is an innovative crypto-platform that offers completely new and unique solutions for the crypto-market. Thanks to its own developments, the platform is able to compete with the sharks of the market and become one of the top cryptocurrency exchanges in the world.