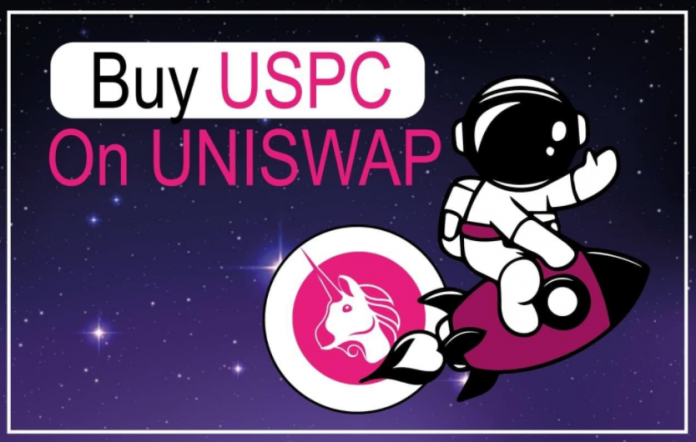 Yet another positive for the decentralized finance market as Unispace becomes the newest addition to the fray. The platform which has already attracted noteworthy investors from around the world is threatening to pull in massive figures from the upcoming sale of its native token, USPC. USPC has been scheduled to be listed on the 25th of May on UniSwap.

Unispace: What is it about?

Unispace is a revolutionary financial services provider which differs from traditional systems due to its incorporation of blockchains and blockchain-based solutions to deliver digital assets and virtual currencies to its users. It is a full-stock alternative to traditional financial systems and services.

The platform offers a trustless way in which users can carry out financial activities, invest and earn rewards. It eliminates the need for a central overseeing authority and places users in the driving seats of their finance.

An important feature of this protocol is that it takes a decentralized approach in the way in which it handles user data, records and transactions. Stakeholders will equally have the ability to make changes to its systems through the provision of a unique governance model.

To attain its desired objectives, the platform is set to launch its native utility token called Unification space token which is abbreviated as USPC.

The USPC token is the first of five tokens that will be launched on the Unispace protocol and listed on UniSwap. The token serves as the native currency of the platform and confers various privileges upon its holders.

Holders of the USPC token will be able to participate in the network’s governance, earn rewards when they stake and will be able to utilize the token to stake between other Unispace tokens which would be listed in an already mapped out order.

While the USPC token will be listed for public sale on the 25th of May, other tokens such as the Earth, Mars, Saturn and Uranus tokens will not be listed until a month later. However, only 22,000,000 tokens will be available for sale.

Upon the launch of other Unispace tokens, an opportunity to stake between the tokens and USPC will be made available. Meanwhile, the listing price of all the tokens is pegged at a value of 1:1 to USDT.

Unispace is equally preparing other benefits for the users which will swarm into it. The platform is guaranteeing a minimum USPC staking reward of 250% APY. There will also be an opportunity for yield farming/liquidity pools staking upon the launch of other tokens.

Meanwhile, the platform is making plans for a minimal fee deduction for investors and entertainment seekers who would engage in its token betting or other token exchanges.

The initiation of the Unispace protocol offers another means through which users can conclude financial transactions, invest and earn massive rewards.